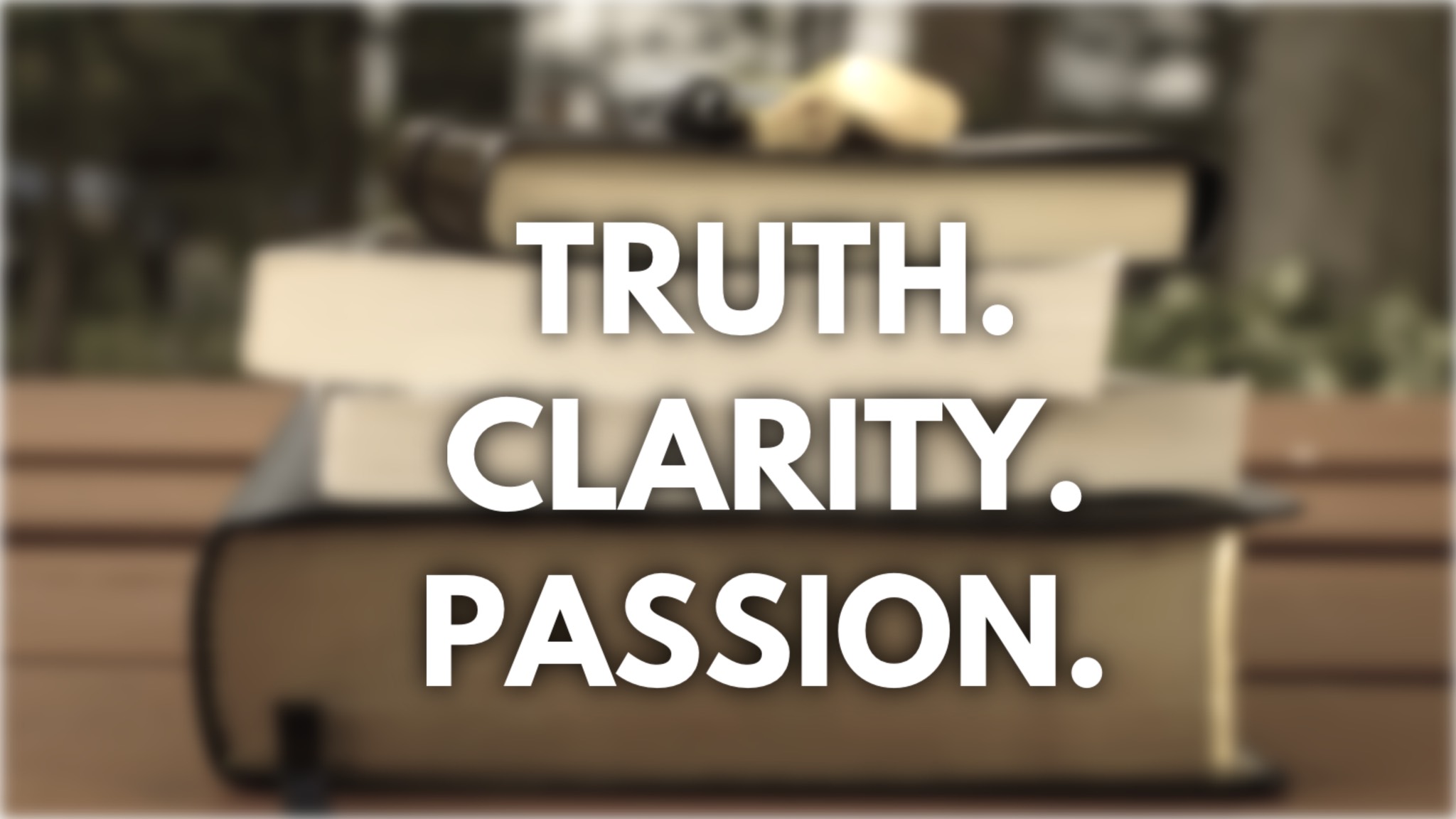 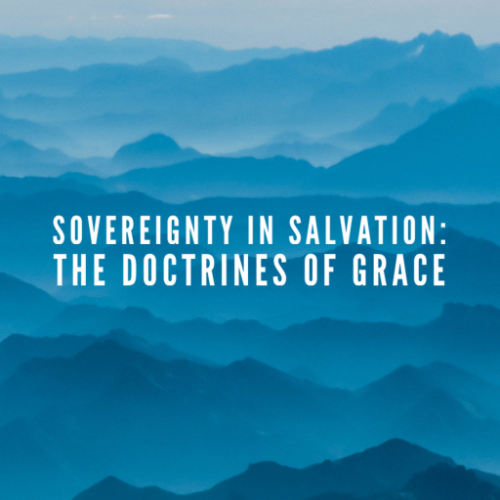 The Christian faith is full of many wonderful doctrines that encapsulate what Scripture teaches us concerning who God is, who we are, why we are here, God’s plan of redemption, and where we are going when we die. Consider the doctrine of justification. We know from history that justification by faith was the battle cry of the Protestant reformation in the 16th century. It was a doctrine that the Roman Catholic Church detested so much that they declared it to be a damnable heresy at the Council of Trent in 1547. As fiercely decried as justification has been through the centuries, perhaps no doctrine taught in all of Scripture has been hotly debated as much as the doctrine of election. It is a controversial subject of theology not just between Protestants and Catholics, but is something that really hits home, as election is contentious even between evangelicals.

The doctrine of election is undeniably taught in Scripture, and the Spirit-inspired writers were very clear about God’s electing purposes in our salvation. So why do we see so much division in the visible body of Christ over something that is meant to be beautiful, glorious, and a great source of comfort for the Christian? To answer this question, we need to take a step back and explore what election is according to the Bible. Quite simply, to be elect is to be chosen by God. Jesus said, “You did not choose Me but I chose you, and appointed you that you would go and bear fruit…” (John 15:16). One of the more well-known passages concerning election can be found in Paul’s letter to the Ephesians where the apostle wrote, “…He chose us in Him before the foundation of the world…” (Ephesians 1:4). Election entails God choosing us for salvation in eternity past.

Most evangelicals would not have a problem with saying that they were chosen by God. But here is where the rubber meets the road when it comes to understanding this doctrine: God did not choose us on the basis of our love for Him, or some decision or profession of faith that we made. He chose us solely on the basis of His love for us, in spite of our rebellion and enmity towards Him. Romans 9 is undoubtedly the clearest text that teaches us this truth about election. There, the apostle Paul recounts God’s electing purposes during the time of the patriarchs, and wrote these amazing words:

“For this is the word of promise: ‘At this time I will come, and Sarah shall have a son.’ And not only this, but there was Rebekah also, when she had conceived twins by one man, our father Isaac; for though the twins were not yet born and had not done anything good or bad, so that God’s purpose according to His choice would stand, not because of works but because of Him who calls, it was said to her, ‘The older will serve the younger.’ Just as it is written, ‘Jacob I loved, but Esau I hated’” (Romans 9:9-13).

There have been many objections to what this text plainly teaches, but if we approach this passage with the most basic historical-grammatical hermeneutic, we can clearly see of what the apostle is informing us. God did not choose Jacob on the basis of anything he did. In fact, the choice was already made before he and Esau were even born! When we read the account of how Jacob used trickery to steal the blessing from Esau in Genesis 27, it is all too commonplace for us to evaluate Jacob in hindsight and conclude that he was actually a pretty awful guy. Esau was no better, and we read in Genesis 25 and 27 how he despised his birthright and was willing to trade that for food, and how he was a begrudging man after Isaac gave Jacob the blessing. These men were twins both physically and spiritually: both were equally depraved, and it is truly a wonderous thing that God would choose either of them at all. But this is precisely the whole point of election: God loves us in spite of our sin because it is according to His foreknowledge of us.

Foreknowledge is commonly misunderstood among evangelicals, and is perhaps the source of contention whenever the doctrine of election is discussed. But it is key to rightly understanding the true meaning of election. According to Romans 8:29-31, God has chosen us and predestined us to be conformed to the image of His Son because He foreknew us. What does it mean that God foreknew us? Our dear Pastor Johnson preached a sermon on Romans 8 back in 2020, and explained that the word foreknowledge can have three distinct senses: to know beforehand, to know beforehand by decree, and to know by love in eternity. Many evangelicals, when they come across a text like Romans 8 and they see the word foreknowledge, they are quick to think about that word in the first two senses. They would even make the case that foreknowledge is about God looking through the corridors of time and seeing in advance who would make a decision to follow Christ.

There are several issues we run into when we interpret the word foreknowledge from Romans 8 in that way. First of all, it forces God to be dependent on something that we do. This contradicts the omnipotence and sovereignty of God. Secondly, it implies that God chooses us on the basis of some inherently righteous thing that we do, which is problematic considering that our sin nature renders us totally depraved and unable to do any righteous deeds. Scripture teaches us something quite different: God did not choose us on the basis of what we do, but on the basis of what Christ did because of His great love for us. Finally, it devalues the personal relationship that God has with His chosen people. It makes God out to be a supercomputer that contains a database of information about every person and what decisions they make. But this is not the God of the Bible! God is not some impersonal cosmic supercomputer; He is our omniscient Creator who knitted each of us together in our mother’s womb. He created us to be in a relationship with Him, to know Him, to love Him, to fear Him, and to desire Him with every fiber of our being.

This leads us to that third sense of the word foreknowledge in Romans 8. While knowledge can refer to acquired information about something or someone, knowledge has other meanings in Scripture as well. It can refer to sexual intimacy, as we see in passages like Genesis 4:1 which in some translations reads, “Adam knew his wife Eve”. Physical intimacy in the covenant of marriage is only a picture of an infinitely deeper intimacy that Christ has with His church, and it is precisely this kind of knowledge that the meaning of foreknowledge in Romans 8 is really getting at. Just as there is a difference between knowing about someone and knowing someone in a deep, personal way, God did not merely choose us out of His knowledge of information about us; He chose those whom He knew in the most intimate way in eternity past! Think about that. Long before your parents came together and conceived you, God knew you, and had preordained when you would be born, when you would hear the gospel proclaimed, when you would respond with true saving faith and be justified in the sight of God, how your process of sanctification would play out, and when you will one day receive your glorification. This is only a basic overview of God’s eternal decree, but next time we will take a closer look at what Scripture teaches concerning how God predetermined your salvation in eternity.

God’s Solution to Our Sin Problem

For the past few weeks, we have been discussing the doctrine of total depravity and its deep implications for our understanding of man’s condition before a thrice-holy God. We have, in essence, talked about what it truly means to be lost. Believers who got saved later in life have clear memories of their life before Christ, and they have a wealth of experiential knowledge of their enslavement to sin and what it was like to live with complete and total disregard for the things of God. Conversely, there are believers, such as myself, who got saved while in their youth and therefore never got to experience their total depravity fully blossom. But regardless of when the Lord saved you, all of us started out as slaves to our own sinful lusts and desires. Yes, even when you were five years old and singing “Jesus loves me, this I know, for the Bible tells me so…” in Sunday school, you were in fact a whole-hearted, fully devoted servant of sin if you were not yet converted. Yet God, because of His great love for us, did not leave us in darkness, but shone the light of Christ in our hearts, and opened our eyes so that we may see the beauty of His grace and truth. This of course poses the million-dollar question: how did God accomplish this? To answer that question, let’s recap what we have discussed so far in this series and understand the tension that exists.

What is Total Depravity?

As we discussed last time, our sinful nature was passed down to us by Adam as a result of his sin. Everyone who is born out of the loins of Adam is born spiritually dead, and we are therefore inherently evil with a disposition towards satisfying the lusts of our flesh, the lusts of our eyes, and the boastful pride of life. Our thinking and reasoning are broken because of sin. Man is indeed corrupt and sinful, but just how deeply does our sinful nature impact the choices we make? Can an unbeliever ever reject his sinful tendencies and choose righteousness?

Read more: What is Total Depravity?