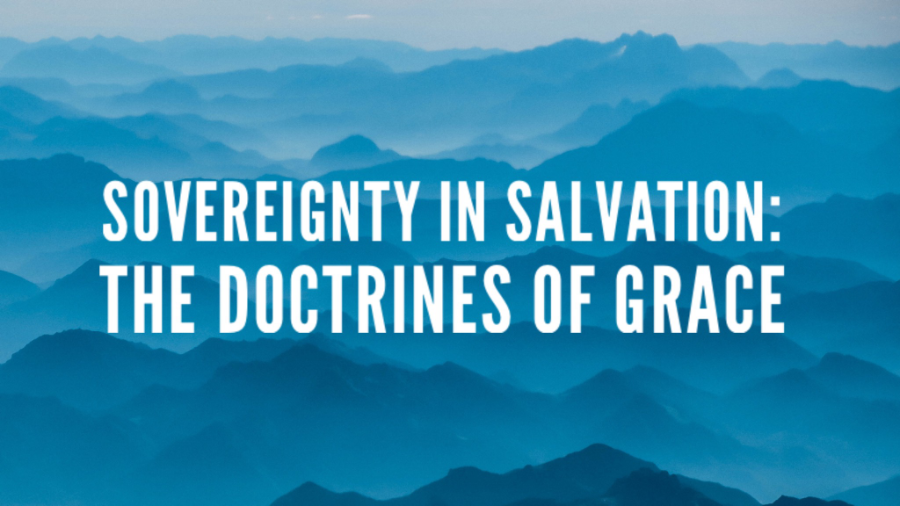 For all of eternity, before He created the universe, the earth, its inhabitants, and the angelic hosts, the Triune God enjoyed perfect contentment within Himself. The Father and the Son enjoy one another with a perfect love that is mediated by the Holy Spirit. No created thing surpasses the beauty and greatness of this fellowship within the Godhead. Yet, out of His abundant love for us, He chose to create a world in six days, form a man out of the ground, breathe life into his nostrils, and place him in a garden. Not only that, but He even commissioned him to “be fruitful, multiply, and fill the earth” (Genesis 1:28). He did  all of this for one purpose: that a whole race of human beings would experience the joy of being in a relationship with the Creator, all to the praise of His glory. Because of the Fall, the perfect relationship we once enjoyed with God was broken. We became criminals in the eyes of God and deserved to be punished. There is nothing we could do within our own ability to legally remove our guilt. As fallen humans, the only way we can ever hope to have a restored relationship with God is if He gives us mercy and grace while also satisfying the justice that He demands for our crimes. God, in a wonderful display of His wisdom, ultimately accomplished exactly that when he sent His Son into the world to die on a cross in order to be the atoning sacrifice for our sins. We can be forgiven of our sins when we repent, put our faith in Jesus Christ, and be reconciled to God.

Reconciliation to what end? It is the same answer as it always has been: so that we shall be His people, He will be our God, and He will dwell among us (Exodus 6:7, Jeremiah 30:22, Ezekiel 36:28, Zechariah 8:8, John 1:14, Revelation 21:3, etc.). But not just any humans will enjoy this relationship, for as the apostle John wrote, “Outside are the dogs and the sorcerers and the immoral persons and the murderers and the idolators, and everyone who loves and practices lying.” (Revelation 22:15). Instead, God has chosen for Himself a remnant who will, upon regeneration, worship Him for all that He is, including His attributes of mercy and grace. No one else and nothing else has experienced the saving grace of God, not even the angels! But, why is regeneration a necessary ingredient in God’s redemptive recipe? As we have talked about so far in this series, the human heart is naturally wicked to the core and wants nothing to do with God; unbelievers are in fact at enmity with their Creator. The gospel message is their only hope for salvation. But, it is the very message that they hate and resist because they love darkness rather than light. Even when the Holy Spirit is actively bringing them conviction in their consciences, they choose instead to resist Him and sear their consciences. In order for God to fulfill His purpose in creating mankind, He has to regenerate those whom He has foreknown in eternity past and predestined for eternal life, so that they can know the true God who has saved them by His grace. Without the miracle of regeneration, we will never be drawn to His saving grace.

Could God have created a universe where there was no sin, no Fall, no need for the cross, and, therefore, no need for regeneration? Sure, He could have done that if He so chose. But what would be missing in this scenario? Any demonstration of saving grace. Instead, we would be in a state of innocence similar to Adam and Eve prior to the Fall but without any opportunity to know God for all that He is. We would be as the angels who are only able to merely marvel at the saving grace of God (see 1 Peter 1:12). Instead of creating all His elect people at once to worship Him robotically, He chose to place each and every elect person in a place and time as He foreordained. Through providential (and sometimes supernatural) means, He brings the gospel to many people. Some might receive it with joy, experience God’s mercy and grace at the deepest, most personal level, and demonstrate the fruit that accompanies a changed heart. Jesus explained this in the parable of the soils in Matthew 13, when He likened the gospel truth to seeds that are planted in the ground. Some seed fell by the wayside while others fell on stony ground, thorny ground, and finally, some fell on good soil. Much more can be said about this amazing parable, but notice that it is the same seed that is going out to those four different soils. Only in the good soil does the seed successfully take root and yield crop. This is the same gospel message that goes out to all the world, the same call for sinners to repent and put their faith in Christ. Many will hear the gospel message and will either outright reject it or appear to embrace it for a time, only to ultimately fail and not endure to the end. But for the ones who truly receive the gospel and are regenerated, the call of salvation becomes effectual. There is indeed a clear distinction the Bible makes between the general call and effectual call.

Now, let’s return to the passage we studied last time, Acts 7. When Stephen preached his final sermon just before he was killed, the gospel was proclaimed and many Jews heard the message. This was most certainly a general call of salvation, but rather than repent and turn to their Messiah, the Jews that day, by and large, rejected that calling. Does this mean that none of the Jews who heard Stephen’s sermon were among God’s elect? This is certainly not the case, for the passage records that Saul of Tarsus, who would eventually be the apostle Paul, was not only present during Stephen’s execution, but was in hearty agreement with it (Acts 7:58, 8:1)! The seed of gospel truth was certainly planted in Paul’s heart that day, but it would not sprout until in Acts 9 when he had his miraculous conversion while on the road to Damascus. Therefore, we can ascertain from the whole of Scripture that there is a general call of salvation from the Holy Spirit that not only can be resisted, but it is always resisted unless the miracle of regeneration takes place. As Jesus Himself pointed out, “For many are called, but few are chosen” (Matthew 22:14).

Those who trample underfoot the only way of salvation by rejecting the gospel will one day have to give an account for their unwillingness to obey it. But praise be to God, because of His amazing grace, not only opening our ears to hear the truth proclaimed but also giving us new hearts to receive it with gladness. By doing so, He made our calling an effectual one! Next time, we will go into detail explaining what the effectual call is, its relationship to regeneration, and its implications for us as we live the Christian life.